Press Release:
Canton, OHIO - Pinnekel, LLC  holders of VueFootball.com announces plans to purchase land to operate VueFootball.com
"There is no better place to build our football fields, sports grill, retail, and sports theme hotel then in the home of the Pro Football Hall Of Fame" stated Sharon Thompson, Communications Director for VueFootball.com
To learn more about VueFootball.com simply Email: j@Pinnekel.com 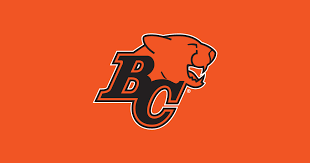 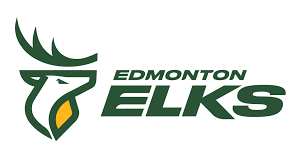 Only thirty-two NCAA college football players have the honor of being selected in the first round of the NFL draft each year. These first thirty-two selected are the best representatives of the senior/junior class of their respective years. Thus, one would assume only Division I athletes from well-known schools are taken in the first round. However, Cole Strange has proven yet again that the best players dont always develop from big schools. The University of Tennessee has produced many more first round picks than its affiliated University of Tennessee in Chattanooga. Stars like Safety Eric Berry and Superbowl champion Peyton Manning chose to compete for the Knoxville campus with a population of 30.500 rather than the Chattanooga branch with only 10,200 students. The reason is somewhat obvious. The Chattanooga Mocs stadium (Finely Stadium) only holds 20.000 fans and is shared with the local Div. III soccer team Chattanooga FC. Meanwhile Neyland Stadium is home only to the VOLS football program and its maximum capacity is just over 102,000.

Calab Shaver - VueFootball.com
Chattanooga Guard Cole Strange was drafted earlier than any Knoxville players however, going to the New England Patriots in the first round, twenty-ninth pick overall. UT in Knoxville didnt have a representative in the 2022 draft until the second round. Hes the first Chattanooga Moc to go in the first round. Before him Hall of Fame Wide Receiver Terrell Owens was the only Chattanooga player drafted before the fourth round.
The 1970s saw the first spike in small colleges getting attention in the first round of the NFL draft. Black College Football Hall of Fame Defensive End Ed Too Tall Jones was the first overall pick in the 1974 draft. Tennessee State University (Jones alma mater) was a HBSU that was yet to merge with Nashville University and thus, arguably, the smallest school to produce a first overall pick. This was in the intersection of the NFLs early stages of desegregation being slightly ahead of the NCAAs desegregation. Thus, Jones was allowed to play for the Dallas Cowboys but not at any Division I schools.
The first round pick of the 1970 draft was spent by the Pittsburg Steelers on Louisiana Techs Terry Bradshaw. The 1-13 Steelers won the pick by a coin flip from the 1-13 1969 Chicago Bears. A 50/50 chance decided which city cultivated hall of fame quarterbacks career. The 1968 Louisiana polytechnic schools stadium maxed out at 28,000 spectators and hosted the home games for many other local sport teams. The Steelers stadium (Three Rivers Stadium) held double that at 59,000.
Another small school anomaly played out in the first round of the 2008 draft. First, the Arizona Cardinals selected Tennessee State Cornerback Dominique Rodgers-Cromartie at 16th overall. Tennessee States home stadium (Hale Stadium) still only holds 15,000. Then the Baltimore Ravens selected another big fish in a small pond only two picks after Rodgers-Cromartie. Delaware Universitys Quarterback Joe Flacco was taken as the 18th pick in the first round. Unlike these others in the list Flacco was originally noticed at Pittsburg University. He transferred to the University of Delaware his Junior and Senior year to get more playing time. Delaware Stadium (A.K.A. the Tub) holds just shy of 19,000 fans.
The New England Patriots seem confident in their small school prospect. He is expected to start; filling the offensive guard position after Ted Karras signed with the Cincinnati Bengals during the offseason. Outside the organization eyes squinted at the first round decision. Strange was projected as a third round talent (the same round as fellow Chattanooga Moc Terrell Owens). In fact, ESPN didnt have any highlights to show once his name was announced as if Chattanooga football highlights arent as accessible for the sports network. They too were expecting a draft from a school every NCAA fan saw on the main networks.

Pinnekel, LLC has launched VueFootball.com help fans get closer to our customers and to serve them better. VueFootball.com  will act as a platform for us to share all our details regarding our offerings and also help customers quickly get in touch with us for all their needs including sales & support.

We would continuously keep updating this website with the latest information so that you are always up to date with all our activities, new initiatives & offerings.

If you have any feedback on how we can make VueFootball.com better please do contact us and we would like to hear from you.
Looking to expand your biz?